World-famous symbol of the Bell of Liberty in silver by A-Mark Mint. 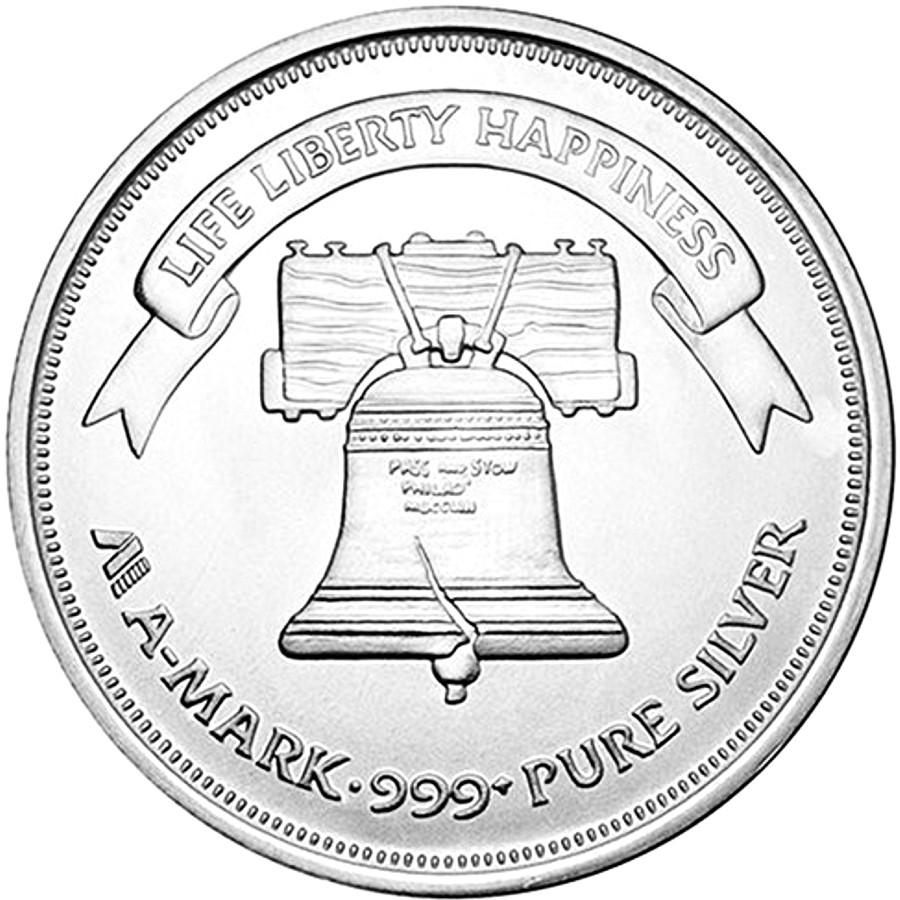 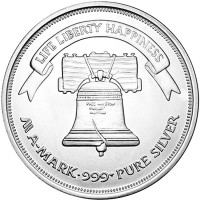 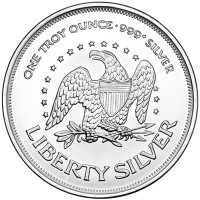 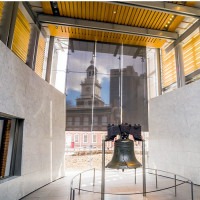 The front side displays the Freedom Bell, "LIFE LIBERTY HAPPINESS" and "1 TROY OUNCE .999 PURE SILVER". On the back is a heraldic eagle from the US Mint's Liberty Seated with 16 stars in an arc and above the inscription "ONE TROY OUNCE, 999 SILVER", under the eagle claws then "LIBERTY SILVER".

The medals are packed in a protective acrylic capsule.

One of the main attractions that all Philadelphia visitors want to see with their own eyes is the world-famous Liberty Bell. Philadelphia is Pennsylvania's largest city and is located on the east coast of the US, about two hours drive from New York.

In the heart of the city, one can tap into the history of a place that was once the capital and played an important role in signing the most important charters of American statehood. The Freedom Bell is an essential part of it.

The whole story of the popular bell begins with a letter addressed to Robert Charles in London. In it, representatives of the Pennsylvania government ask for a bell to be made for the city to hang in the State House (now Independence Hall).

Isaac Norris, one of the letter writers, decided that an excerpt from the Bible would be engraved on the bell. Before hanging the bell, the curious wanted to test its delicious sound. During the testing, however, the bell broke. It was thought that the bell had a fragile structure, so its repair was entrusted to two craftsmen.

In 1777 it was occupied by the British during the American War of Independence of Philadelphia. The locals were afraid that the occupiers would melt the bells and use them to make cannons or spheres, leaving them to be removed from the towers. The Freedom Bell was secretly relocated to the church in Allentown, where it was hidden by Pennsylvania residents under a plank floor. Thanks to this hiding place the bell was not destroyed and its beauty can still be admired to this day.

A small crack in the bell widened when it was ringing to celebrate George Washington in 1846. It is said that this was the last time the bell really did ring. To avoid further damage, the city decided not to use it anymore. The bell, which a few years earlier gained its name Freedom Bell, became a symbol of independence. Historians are still not sure what caused the cracks in the bell. They believe that the fault was in the London design, its construction and the subsequent double rework.

The bronze bell weighs more than 900 kg. For the people of the United States, it is a symbol of freedom and in their hearts it has the same place as the Statue of Liberty.


In transit
An established business - tradition since 2009
Precious metals?
Silverum!